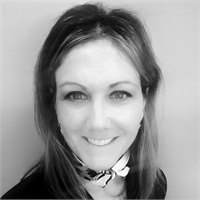 Jennie started as a Senior Financial Consultant in 2003, for Ryan Beck & Co. and soon became a member of their Executive Council. In 2007 she become a Regional 401k Sales Director (Northern California and Northern Nevada) for Lincoln Financial, where, among many other things, she put together educational meetings for financial consultants and exceeded all sales goals.

In 2009-2010, Jennie became a New Business Consultant for ING (Now Voya) developing business for the American Bar Association Retirement Funds in Northern California. From 2011-2013, Jennie became the Lead wholesaler for 5 Western states for ADP. Her title was Regional Channel Manager. She developed key relationships, advisor strategies, and improved her public speaking skills while winning many awards from ADP for superior performance.

In 2013, Jennie joined Fidelity as Vice President Defined Contribution Investment Only. Her role was to position Fidelity Advisor funds with retirement-centric investment consultants, advisors and recordkeepers. In 2016, Jennie was recognized by the trade association NAPA as a top DC wholesaler. In 2017 Jennie joined Mike at Relation Insurance and helped develop better processes for handling investment and fiduciary consulting for existing and prospective clients of the company. In 2019 Jennie and Mike co-founded Next Step.