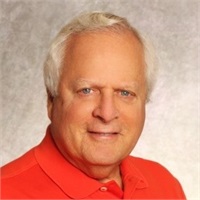 In 1973 Mike founded Contemporary Pensions, Inc. (CPI), a third-party administration firm. In 2009, CPI was acquired by Portal Insurance Agency and after a short time Portal was acquired by Ascension Insurance Solutions. Michael’s position was President of the retirement plans division. Ascension was re-branded as Relation Insurance Solutions in 2018 and his role continued as President of the retirement plans division with responsibilities for managing the Third-Party Administration (TPA) as well as the marketing and sales operations of the division. Relation had approximately 450 employees.

Mike is a former member of the Board of Directors of the Association for Advanced Life Underwriting, AALU. He is a life and qualifying member of the international Million Dollar Round Table, MDRT*, where he has chaired committees for many of its annual meetings and given speeches at 4 of them. Mike is also a member of the prestigious Top of the Table, TOT, and past Chair of its Advisory Board. He spoke at TOT meetings in 1997, 1998, 2000, 2004, 2007, 2011, and 2014. He is Past Chair of the Board of Directors of the Life Insurance Foundation for Education, LIFE Happens, which is a resource to the public and media, and sponsors Life Insurance Awareness month each September. Mike is currently the treasurer of LIFEHappens.

*Qualifying membership in the MDRT is based on minimum sales production requirements and gross business generated within a year. Lifetime membership is achieved in the 10th year and this status is maintained in future years by attesting annually to having met current minimum production levels and by paying the required dues.